Susan and I had an eventful weekend.  Saturday afternoon, we investigated Old Shoshong.  In the late 1800s, Shoshong was an important trading post for southern Africa.  The Bangwato tribe initially set up in Shoshong.  Botswana's current president is Seretse Khama Ian Khama.  He is the son of Seretse Khama, the first president after independence from the British in 1966.  Their bloodline is part of the Bangwato tribe.  Old Shoshong is where their forefathers set up shop.  David Livingstone and other European missionaries also settled here.  The Bangwato later moved to Palapye after all of the resources in Old Shoshong were depleted.  There is a great opportunity for tourism in Shoshong--around this historical site and others. 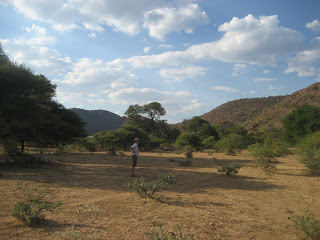 Susan and I decided to take the scenic route to Old Shoshong.  You can get there by walking by the main kgotla (customary court).  Instead, we took the road less traveled by 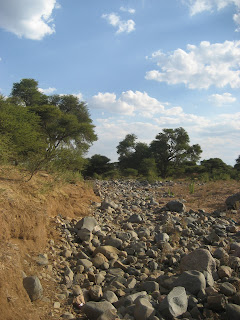 Dried up river.  Susan and I figured that perhaps these were functional back in the 1800s when Shoshong was a trading center 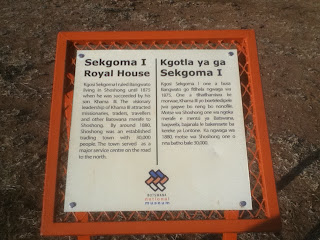 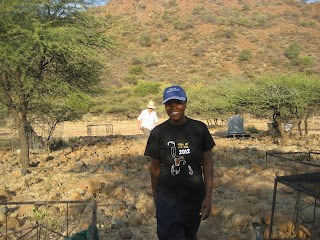 My friend Polao, who consented to be our tour for the day.  She is standing in the old cemetery.  Relatives of the initial inhabitants of Old Shoshong are still being buried here 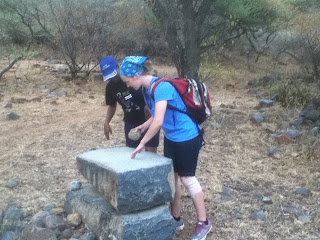 The three of us walked over to the missionary side of the site.  They used this ironstone to summon their servants.  Pounding the rock that's in my hand creates a really loud sound.  Apparently part of this bell is being kept in the National Museum in Gaborone 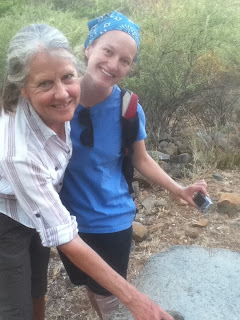 Susan and I with the bell 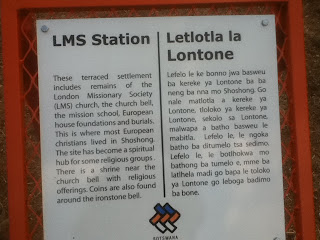 Explanation of the missionary side 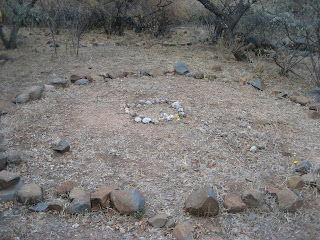 Some locals still use this site for religious purposes 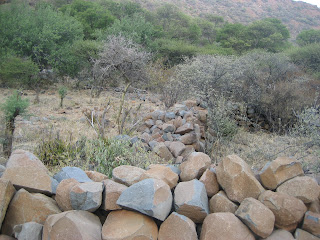 These stone walls are the remnants of the missionary houses 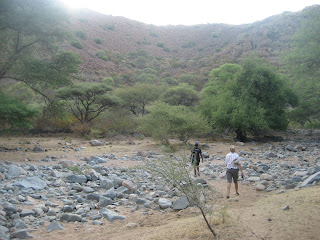 Susan and Polao walking through the site.  It is set right up against the hill

We had a great time!  If you have some decent hiking shoes and don't mind trying to evade plants with spikes, this is a really interesting little day trip.  We also saw baboons sitting high up on the cliff.  Maybe we will get a closer view of them next time.