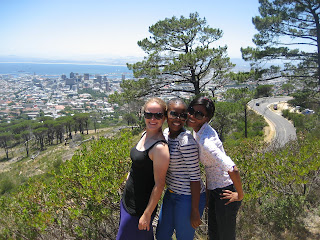 One of the most beautiful views of Cape Town is said to be from Table Mountain. This was the only day with good visibility--the first day we got there, December 29th. But the lines to the top of the mountain were so long. So Sadi (middle), Thatie (right) and I decided to skip it and go to the mall instead. 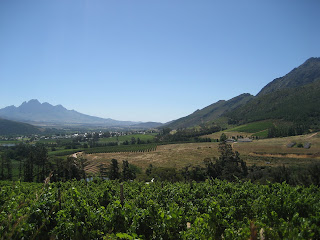 On the 30th, a bunch of us went on a wine tour in Stellenbosch, about an hour outside of Cape Town. The views from the wineries were beautiful. 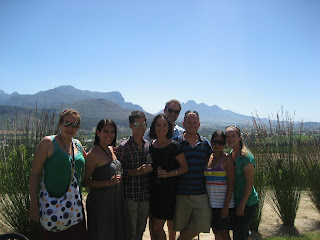 The Bots 10s who came on the wine tour! From left: Kristen, Becca, Jeremy, Tija, Todd, Patrick, Amanda and I 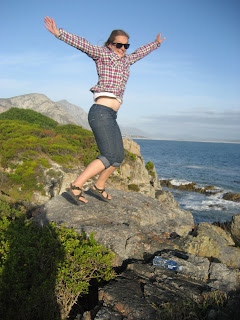 On the 31st (the day of Sadi, Charlie, Susan and my trip to Cape L'Agulhas) we also tried to whale watch. Although we saw no whales, we took lots of pictures. In this one, I am trying to get Sadi to take a photo of my jumping. Needless to say, her timing was a bit off. 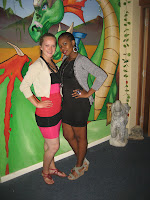 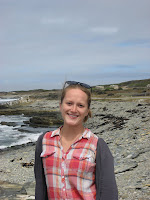 On the morning of January 2nd, Sadi, Thatie and I toured Robben Island, where Nelson Mandela is imprisoned. This is a photo of me on the island. Unfortunately they don't allow you to just explore at your own pace, but they are changing that for future tours. It is such a beautiful place. 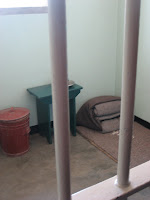 A recreation of Nelson Mandela's cell 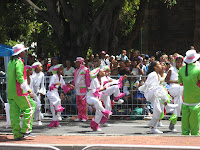 Later on the 2nd, Sadi and I were exploring a bit of the city. There was a parade supposedly celebrating "colored" people (mixed black and white, according to South African history and society). The streets were packed. We wanted to visit the church in the background of this picture, but that unfortunately never happened. 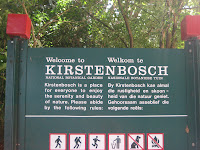 On the 3rd, Susan and I went to the Kirstenbosch Botanical Garden. It was such a beautiful day. I would recommend it to anyone who visits Cape Town. 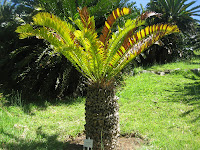 This plant is very cool. It is called a cycad and it has survived since the time of the dinosaurs! 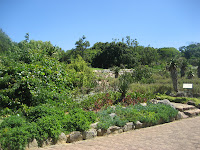 A general view of a very small part of the garden 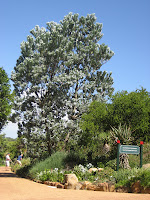 I thought this tree was really interesting. Its leaves are silver!
And then we flew back to Botswana on January 4th.
Posted by Amelia at 22:51