I have been rather thoughtful in my posts of late, realizing that I may have been neglecting stories about my day-to-day life. Many of you joining this blog in the last few months may have missed entries about my house, what I eat, what Shoshong is like, etc.

So, for a quick recap: I live in a mainly two-room house completely made out of cinderblocks and cement (ie a freezer in the winter and a sauna in the summer). I have electricity, a refrigerator, gas stove, flush toilet, etc. I have running water by means of a couple bathroom sinks and a bathtub. I have no kitchen per se and must wash my dishes in a bucket. The running water is cold. In order to get hot water, I must use an electric kettle or heat water on the stove. Other volunteers in Botswana have more meager amenities. Some must use pit latrines outside, don’t have electricity and must get water from an outside spigot. 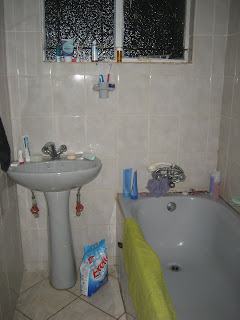 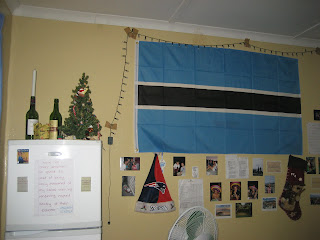 Shoshong is beautiful and HUGE. It is 5 kilometers from the main part of the village to the police station. The junior and senior secondary schools are even farther than that. Everyone is very spread out. Shoshong supports a population of roughly 12,000 people. June and July are FREEZING…no joke. Sometimes I wake up and see frost on the ground. November – February are hot as hell, approaching 40 degrees Celcius (over 100 Fahrenheit). The other months are pretty nice and windy (at least in Shoshong they are).

When I got back to my house, I was worried it would be a bit dirty and spider-infested. I was not disappointed. I used to leave the spiders high in the corners alone while killing the wall spiders. I have changed my tactic, choosing to let them all be. Spiders are friends in the fight against more annoying pests. 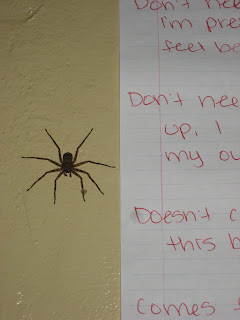 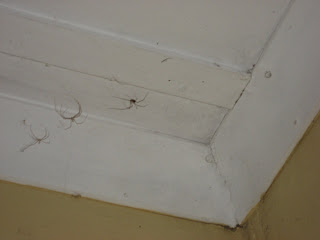 The ones I have been in constant battle with since I arrived are ANTS, specifically the tiny black ones. In Setswana they are called “bonyonyo.” I initially put down this terrible toxic stuff called Blue Death in order to prevent the ants from coming back. It has mostly done the trick, especially keeping them away from my food. When I came back from DC, I found this to no longer be true. I was able to salvage everything, but couldn’t figure out the ants’ entry point. So I put down more blue death and recovered the area with paper and tape. Let’s hope this keeps them at bay, at least until the next rainstorm. 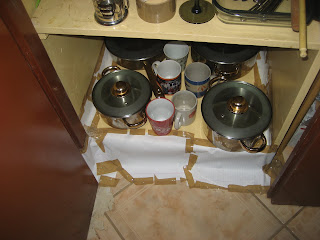